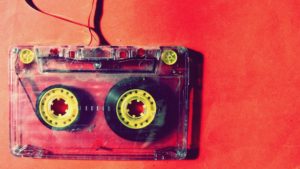 I was really excited about it. I figured I’d watch it all. But sometimes a Netflix series is not the best idea for a version of a story. And sometimes art raises questions that it’s not fully ready to answer.

Maybe a few episodes, not a series, would have been the way to go. Maybe if this adaptation from a book were not trying so hard to be hip to our binge-watching age, the story could be something I could really embrace. Maybe if a fleet of psychologists, educators, and parents were already behind the show, and had been instrumental in aiding the transition from the medium of pages—which generate different sensations—than images flashing at you from a screen—we might not have so much controversy. Those are my three reasons why I had to stop.

I read Jay Asher’s book, the inspiration for the series. The plot is a page-turner, based on a unique premise of a girl leaving behind 13 cassette tapes explaining the reason for her suicide. It is not a brilliantly-written book, but when it was released, it struck a chord, and Asher now travels to schools to discuss bullying with students. I applaud him for that. And I think a book doesn’t have to be an expert in all things—in other words, the author doesn’t have to master psychology, counseling, suicide prevention—in order to write about it. But yet when you put that story out there, you are now subject to any and all experts, pundits, parents, and the youth who follow your story, and you must answer to them.

After the fourth or fifth episode, when the protagonist is still a tortured soul unable to listen to all of Hannah’s tapes explaining her reasons for her suicide, I thought, “Enough already. Dude, listen to the damn tapes!” The book was not plagued by the overextension of plot. The book moved swiftly though each person’s hand in bullying Hannah or not helping her soon enough, or how one person was not “the reason.” So that was the first reason I stopped watching.

The outcry from concerned adults sparked me to pay attention again to why they opposed the series and make me wonder if I should clarify my reasons for stopping. Now that I analyze more carefully what I saw, I’m troubled. I’ve been thinking again about what it means to parent a teenager, or to teach students in middle and high school. I learned last year that two former students had committed suicide. And I know what it’s like to have someone come to you and admit they have thoughts of hurting themselves. And after listening to some psychologists talking about suicide contagion, I’m wondering whether the story, by its sheer length as a miniseries, overexposes people to the idea.

Suicide contagion, as the HU.S. Department of Health and Human Services describes it, is “an increase in suicidal behavior in persons at risk for suicide, especially in adolescents and young adults” that has been seen to occur after “direct and indirect exposure to suicidal behavior.” If the creators had been willing to do two or three episodes, that choice would have possibly captured the book better, maybe because it would have forced the story to be tight in the way a feature film must be. I wonder if catharsis isn’t as likely in a binge-watching experience as with a real-time, unified experience of theater or feature film. I wonder if instead of us being purged and cleansed, we’re not saturated with a persistent sadness we can’t really handle. I’d love to learn more from a psychiatrist about catharsis and art and how that might heal us.

In this adaptation, Hannah’s tone of voice on her tapes can sometimes sound like someone glorying in her revenge—a tone that didn’t come through as strongly in the book if I’m recalling correctly, so my impression echoes the concerns I’ve heard that the series promotes a revenge fantasy. Suicide is not “the last word,” however much someone might fantasize it is. It’s loss, for everyone.

With Netflix, the cast grew, and because of the timing of this series, so did the necessity to modernize with social media in ways that the book could not, being published in 2007. Things got super-sized in this version. Not surprising: our culture can’t seem to do things in moderation. We over-feed ourselves, we over-share, we over-think, we perseverate.

I have a fourth reason why I stopped. If we could guarantee in this age of Bring Your Own Device Everywhere that teens, preteens, and eight year-olds were not watching Netflix unsupervised and that the conversations were happening and warning labels were noticed, I could feel more encouraged about Netflix’s aims. But for now, I’ll err on the side of a book that by its very medium slows things down.

One good thing about the culture we live in, and the choice Netflix made? There are students out there who contribute to the culture of bullying, and this culture makes suicide an easier choice for some. And if those individuals who perpetrate cruelty, or the “good people who do nothing” when witness to bullying saturate themselves in this story, and walk for a moment in the shoes of someone bullied, will they change?

I hope that the TV version wakes up some who weren’t stirred to action by a book or someone else’s pain. Maybe that’s the overriding reason—reason enough—to keep exposing people to the story.

More information on the series:

Photo by My Friend Teresa Studios

So excited to offer this May course with @collegee

I do not garden. My garden gardens itself. I’m s